We moved to the homestead in August 2017.  It didn't take long for Amanda to track down some second-hand chickens (and ducks, and guineas, and a goose).  In spring of 2018, we decided to try our hand at raising chickens from hatchlings.  We ordered an assortment from a hatchery and ended up with 49 chickens.  The plan was to eat the roosters, but it turns out that of those 49 birds, only nine were roosters.  Time to make some choices.  Sell off extra birds, or they go to slaughter to feed our family.  We're not against filling our freezer with our own home-raised animals, but Amanda doesn't like the idea of eating birds that could be laying eggs to feed people.  So here are some chickens we have available for sale. 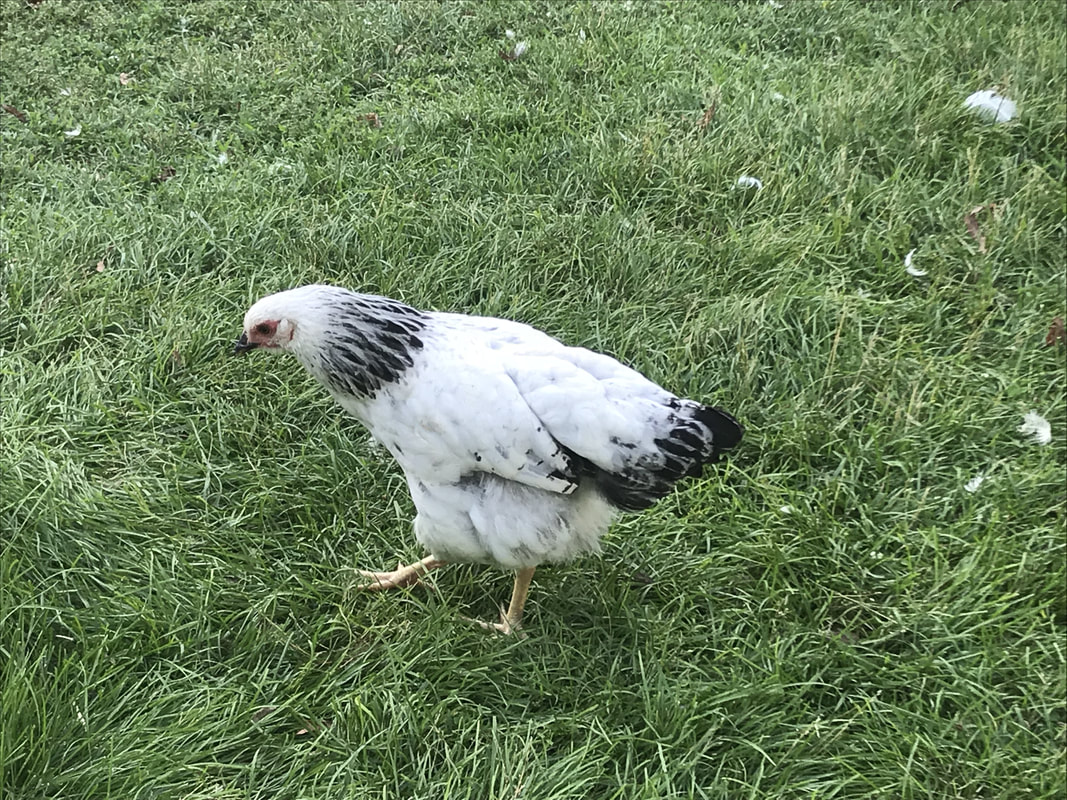 Columbian Wyandotte hens (I keep calling them Delawares, but they're not Delawares)... I think we have four of these available. Hatched 4/2/18 - $15 each. 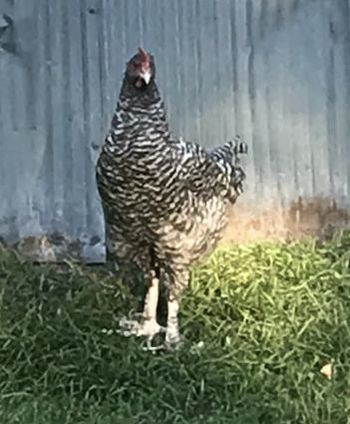 French Cuckoo Marans - I think these are roosters. Big combs, but no distinct saddle feathers yet. Hatched 4/2/18. We have three - $15 each 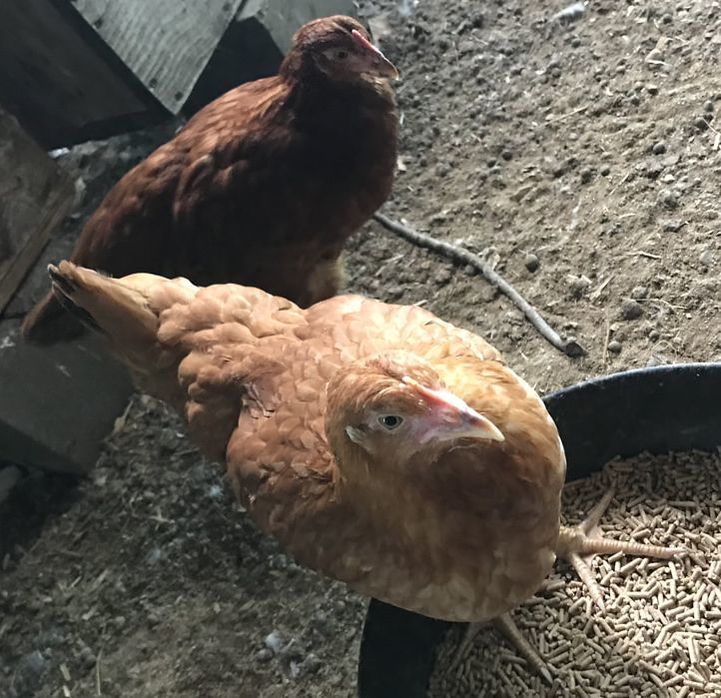 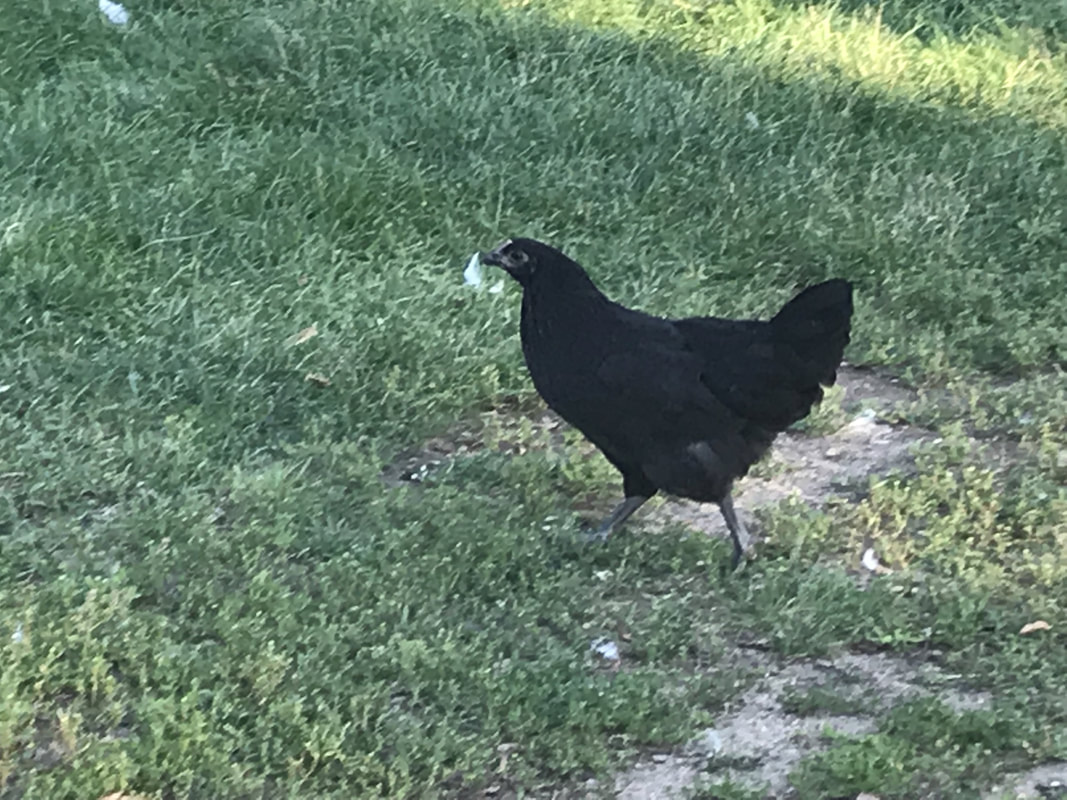 We have several of these or similarly colored birds. Some are Australorp and some are Jersey Giants, and there may be some other breed, but I can't tell them apart. They all appear to be hens. All hatched 4/2 and are $15 each. 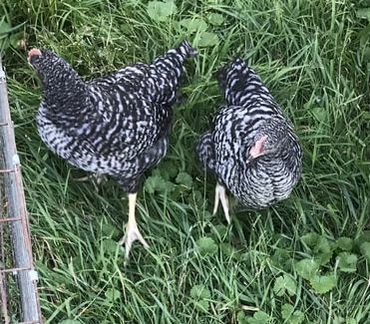 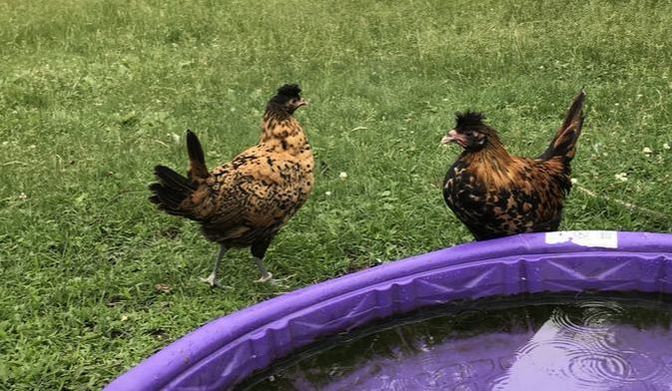 Golden Spangled Appenzeller Spitzhauben - appears to be a pair. One on left is smaller and appears to be a pullet. The one on the right is bigger, has hackles and saddle feathers - definitely a rooster. Asking $100 for the pair.